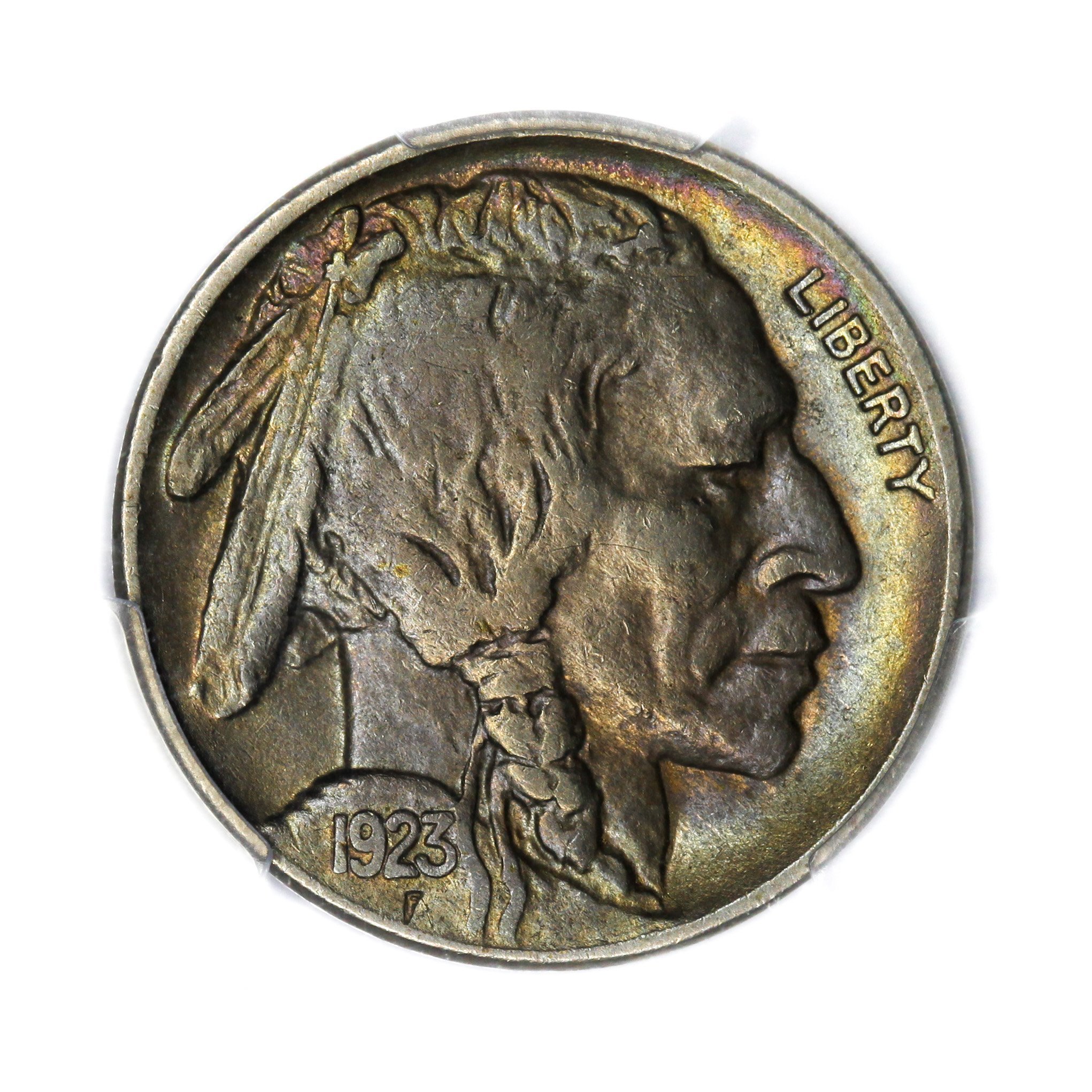 There are many notable varieties in the Buffalo Nickel series, and among them are the Two Feathers Buffalo Nickels. These coins, identified by the lack of a third feather in the Native American chief’s headdress on the obverse, are one of the more popular varieties sought by collectors. What’s more? Nearly 30 different Two Feathers varieties have been identified to date and are often assembled by date. Additionally, a PCGS Registry Set is dedicated solely to the run of all known Two Feathers nickels discovered to date.

The Story of the Two Feathers Buffalo Nickel

The Two Feathers Buffalo Nickels began like so many other United States coins of the period that are missing an important detail: overzealous die polishing. In the case of the Two Feathers variety, it was die polishing in the area of the third, innermost feather between the back of the Native American chief’s neck and the longest feather in the headdress. The die polishing was likely spurred on by some type of damage to the die, most likely a die clash, which occurs when the obverse and reverse die pair come together without a planchet in between to receive the strike.

PCGS presently recognizes 27 distinct Two Feathers varieties on Buffalo Nickels and has assigned most of these an attribution designation of “FS-401.” All such pieces known to date are confined to production from 1913 through 1930, a period eight years shorter than the entire run of the series, which spanned from 1913 through 1938. Some of these varieties are more common than others, particularly in circulated grades. However, in uncirculated grades these pieces are much more challenging. It is safe to suggest that all Two Feathers pieces are categorically scarce to rare. Chief among these rarest of dates include the 1917-S and 1921-S.

All of the coins listed above can be incorporated into the PCGS Buffalo Nickels Two Feathers Complete Variety Set, Circulation Strikes (1913-1930) Registry Set. These coins can also be formally assembled into the much larger, 144-piece Buffalo nickels Complete Variety Set, Circulation Strikes (1913-1938), which includes all 27 Two Feathers varieties acknowledged by PCGS.

The area or collecting Two Feathers Buffalo Nickels seems to be mainly in the wheelhouse of the diehard series enthusiast. That is not to say there aren’t folks building more basic date-and-mintmark sets that perhaps buy an example or two of the Tow Feathers variety for representative purposes. Still the variety draws its fair share of collectors, as evidenced by activity on the PCGS Set Registry. At present, 15 collectors have dedicated a PCGS Registry Set exclusively toward the Two Feathers variety.

The competition for these pieces is somewhat intense among those who are building related sets, in part because many of the Two Feathers dates offer only a couple dozen encapsulated specimens. Surely more may come along. However, it’s apparent that this niche of collecting, while drawing an impassioned collector base, remains much smaller than, perhaps, for Lincoln Cent varieties or the many hobbyists building sets of Morgan Dollars and Peace Dollars with “VAM”s – varieties listed by silver dollar experts Leroy C. Van Allen and A. George Mallis in their seminal 1971 work, Comprehensive Catalog and Encyclopedia of Morgan & Peace Dollars.

None of the Two Feathers varieties are inexpensive coins. This owes in large part to their overall scarceness, and perhaps moreso to the fact that these coins are generally rare in the higher grades. Most specimens cost hundreds, even thousands of dollars apiece. While comprising a set of coins numbering just 27 pieces, between sheer expense and difficulty in tracking down specimens one could spend many years building an assemblage that is complete – or, “complete” as far as collectors and numismatic experts know to date. The real possibility that more of these varieties may be discovered down the line keeps many collectors who have “finished” these collections fresh in the game and looking for other such varieties.