The 1913 Type 1 Buffalo nickel is a coin that holds a special place in American numismatic history. This coin, also known as the Indian Head nickel, was designed by James Earle Fraser and was first minted in 1913. It quickly became one of the most popular and widely collected coins in the United States. In this blog post, we will take a closer look at the 1913 Type 1 Buffalo nickel and explore its history, design, and significance. 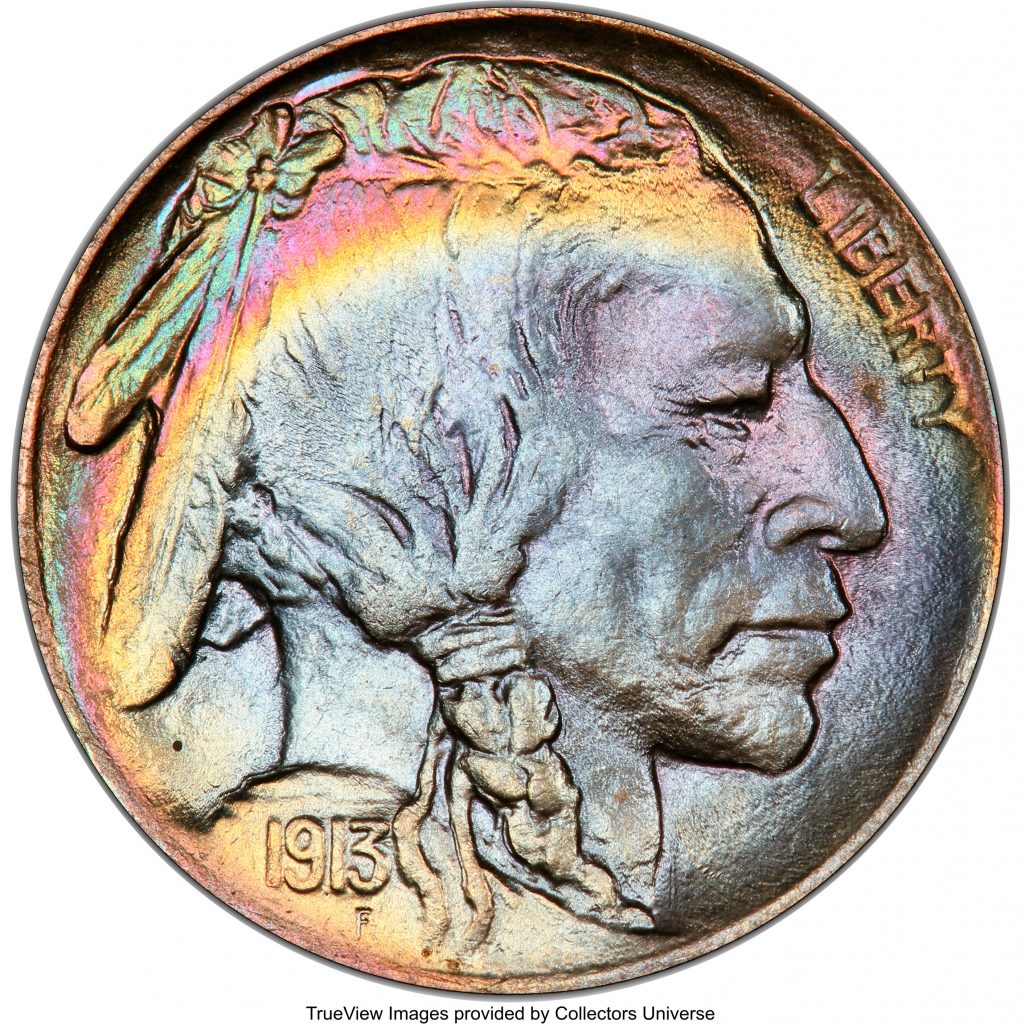 One of the unique features of the 1913 Type 1 Buffalo nickel is that it has a distinctive “Type 1” design, which features the words “FIVE CENTS” on the reverse of the coin, appearing on the top of the rock on which the bison is standing. This design was used only for the first year of mintage, 1913. In 1914, the design was changed to a “Type 2” design, in which the words “FIVE CENTS” were moved to the bottom of the rock.

The 1913 Type 1 Buffalo nickel is also significant for its symbolism. The Native American on the obverse is a representation of the First Nations of North America, and the bison on the reverse symbolizes the Great Plains and the wild west. The coin was also seen as a celebration of the American spirit, with the bison, a powerful and majestic animal, representing the strength and resilience of

Additionally, the 1913 Type 1 Buffalo nickel is also significant because it was the first coin to feature a Native American as the main design element. This was a departure from the traditional designs that featured founding fathers, presidents, and other historical figures. The inclusion of a Native American on the coin was seen as a way to honor and recognize the contributions of the First Nations of North America to the country.

In conclusion, the 1913 Type 1 Buffalo nickel is an important coin for several reasons. Its unique design, symbolism, and rarity make it a sought-after coin among collectors. Its historical significance and representation of the First Nations of North America also make it a meaningful and important coin in American numismatic history.